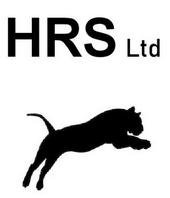 Vehicle security: how to keep your vehicle safe

Thieves are using high-tech equipment to steal cars and valuables

left in them, but there’s plenty you can do to deter them.

Cars are getting smarter at an astonishing pace. The ‘connected car’

of the future will become a reality far sooner than you think.

In fact, a lot of this technology is already available in some form or

another. For example, even many entry-level cars now come

with Bluetooth and keyless entry. Is all this clever technology

A new report suggests that some of the best-selling new cars in the UK, including the Ford Fiesta, Volkswagen Golf and Nissan Qashqai, can be stolen using what's called a 'relay attack', where thieves relay the signal from your car keys through a transmitter and use that to unlock the car. In fact, when the German General Automobile Club tested 237 keyless cars, it found that 230 of them could be easily accessed using a relay attack.

In response, the Society of Motor Manufacturers and Traders (SMMT) has said that the industry is taking vehicle crime "extremely seriously". Chief executive Mike Hawes said: "New cars are more secure than ever, and the latest technology has helped bring down theft dramatically with, on average, less than 0.3% of the cars on our roads stolen.

"Criminals will always look for new ways to steal cars; it’s an ongoing battle and why manufacturers continue to invest billions in ever more sophisticated security features."

So, how does a relay attack work and what can you do to prevent it?

How do thieves steal cars without the keys?

One of the latest ways thieves can steal a car without taking the keys is relay theft.

This usually involves two people working together using relay transmitters that can be bought online for around £100. These boxes capture the signals emitted by certain key fobs.

One person waves a relay box around outside the car owner’s front door to grab the signal from a key that could have been left on a hallway table. This is passed on to the second person who’s standing next to the car with another relay box, which receives the signal and uses it to unlock the car. The thieves can then simply drive the car away.

Other thieves use even cheaper gadgets to steal cars. With an interceptor costing just £30, a thief can stand near your car while you lock it and record the code sent out by the key. The equipment then cleverly calculates the unlocking code for your car and allows them to gain access to it and drive off.

There are many things you can do to prevent from your car from being stolen or broken into:

Permanently mark any valuables you use in the vehicle, such as a Satellite Navigation System (Sat Nav), with your postcode and house number/name.

Use locking wheel nuts to prevent the theft of your wheels.
NEVER leave your car unattended to defrost windows with the keys in the ignition. Many car thieves actively target this – even first thing in the morning when darkness can provide cover. Any insurance claim could be adversely affected as it may be considered driver negligence. It’s also an offence to leave a car unattended on a road with the engine running

Always remove keys from the ignition and lock your car if you need to walk to the petrol station shop to pay for your fuel. Again, some car thieves actively look out for insecure cars that can easily be taken from the forecourt and any insurance claim could be affected.

Keep your car off the street if possible. If you’re at home and you have a garage then use it. Make sure you lock both the car and the garage.
If you don’t have a garage, make use of the driveway if you have one.

If parking in public or using airport parking, look for a car park with the Park Mark sign.

Lock all items out of sight. Don’t leave anything on display and take valuables with you.
If you have a Sat Nav, hide the cradle and take the system with you. Don’t forget to wipe the suction marks off the window.

If you have personal correspondence in the vehicle, then take it with you. Don’t give others access to important personal information or your home address.

Thieves are sophisticated and are constantly looking for different ways to get into cars, but car makers are working just as hard to keep cars safe. Follow our tips to protect your car...

The first thing to do is to make sure you’re aware of any recalls that are outstanding for your car. Manufacturers take car security seriously and aim to make sure that all the software in your car is as safe as possible. Software updates are common and can be performed by your local dealership or, in some cases, wirelessly over the internet.

2. Keep your keys safe at home

When it comes to deterring the most sophisticated thieves, the police warn against leaving car keys in hallways or near to your front door, where their access signals could be captured; you could even put them in a metal box or safe overnight.

You can stop thieves from cloning your key’s wireless signal by locking your car doors manually with the key.

Many new cars can connect to the internet or be controlled by a smartphone app. If your car has this functionality, make sure you change the default password and never keep the car’s wireless access codes in the car.

If you own a valuable car, you might want to invest in a car tracker that will alert you if someone tries to move it. The tracker’s combination of GPS and radio signals let you know your car’s exact location at all times, so you’ll know if it’s being driven by someone else, and if it’s stolen the police can recover it from thieves.

A steering wheel lock is an old-fashioned solution, and although it won’t provide 100% protection, it will put off opportunist thieves and slow down anyone attempting to steal your car.

7. Be careful with keys

8. Park in a secure place

Keeping your car in a locked garage not only means that it’s out of sight, but also adds an extra layer of complexity that thieves need to overcome before being able to drive off.

Don’t leave anything of value in your car. Keep your car tidy and make sure you take valuables and items with personal information with you when you leave the car to make your car as unappealing as possible to opportunistic thieves.

With the number of cars being stolen using relay theft on the rise, savvy drivers can use technology to hide their keys out of the reach of thieves. Special pouches, called Faraday bags, can block the signal from your keys, meaning thieves can't use it against you. 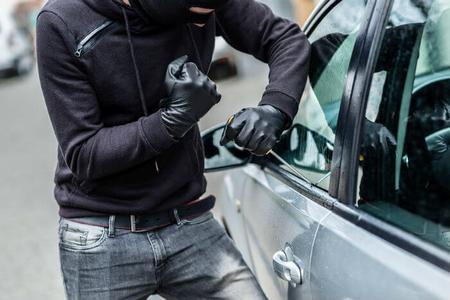